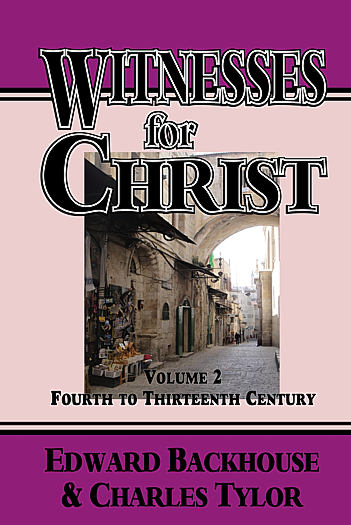 This book covers the period of Christian history from the death of Constantine through to the time of the persecution of the Albigenenes in the 13th century.

While this work includes many of the well known people of Church history such as Athanasius and Benedict, but included in this book are lesser known saints such as Vigilantius who opposed matters such as the veneration of saints and relics in the 5th century and Jovinian who stated that celibacy was wrong and confronted the view that there are “mortal and venial” sins.

Also included in this work are those who sought to reform the church in the 12th century; such as Peter of Brueys and Henry of Lausanne, both these preachers where deemed as heretics by the church. This book an asset to anyone who is interested in Church history and how throughout its age, it has had its “lone voice for truth in the numerous choirs of heresy.”

The Life of Elijah