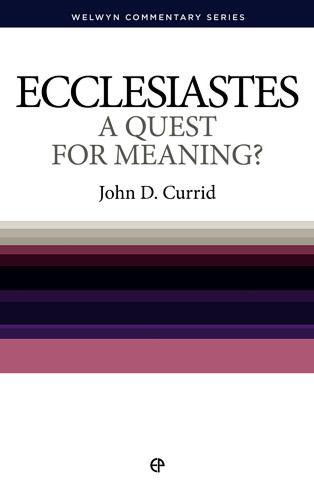 A Quest for Meaning - Ecclesiastes - Welwyn - WCS by John Currid and published by Evangelical Press.

The latest addition to the Welwyn Commentary series has leading Old Testament scholar and series editor John D Currid bring a fresh approach to a book that seems to draw a lot of comment of the the wrong kind. In his Introduction he says:

Consequently, that which is criticized for having no joy is really the book that brings joy.