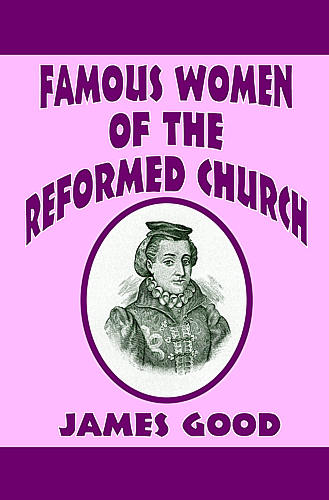 Famous Women of the Reformed Church by James Good and published by Classics.

"The chapters of this book first appeared in the Reformed Church Magazine (1893-1895). They then received favourable comment. Since that magazine ceased publication, there have been so many inquiries for them that it is evident they met a felt want in the Church, and the Sunday-school Board of the Reformed Church in the United States has undertaken their publication in this volume. The author has added several chapters to those that appeared in the magazine. It is hoped that the lives of these Reformed saints will stimulate the ladies of our Church to greater interest in our splended Church history, and to greater activity as in missions and the practical work of the Church, in which they already excel." - from the Author's Preface

Some of the women in this book are:

Lectures to my Students, Hendricksen Edition