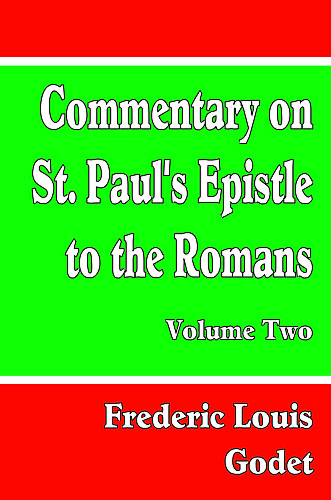 Commentary on Paul's Epistle to the Romans Volume 2 - CCS by Frederic Louis Godet and published by Classics.

In this two volume set, Godet brings thoughtful Christian scholarship to bear on the book of Romans. In his Commentary on St. Paul's Epistle to the Romans, Godet's exposition is as exegetical as it is theological. He not only critically examines the original text, but also discusses the key doctrines in relation to both the entire book of Romans and the rest of Scripture. He approaches Romans from the perspective of a theologian, and with the eye of a textual critic.

The reader may not always agree with the conclusions reached, but he has before him the reasoning upon which they rest, and from this can receive important aid in formulating his own views.