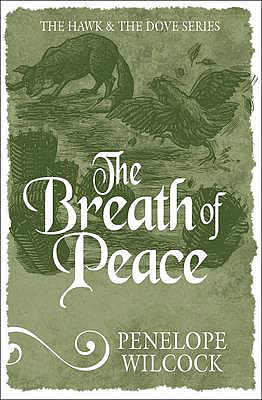 The Breath of Peace, The Hawk and The Dove Series by Penelope Wilcock and published by Lion Books.

Madeleine Hazell and William de Bulmer have been married a year. She is a healer, a wise woman, practical, intelligent and blunt. He is not only an ex-monk, but an ex-abbot, a man accustomed to authority, a gifted administrator, at home with figures – but less capable in such matters as shutting up chickens for the night. They are deeply, irrevocably in love. And every conversation may become a battlefield that leaves both wounded and resentful.

When the aged monk who served as cellarer dies, Father John, the Abbot of nearby St Alcuin’s Abbey, finds himself critically short-handed. Who will handle the rents? The provisions? He is a gifted infirmarian, a capable leader, but estate management is beyond his competence. With a sense of rising panic he turns to his friend, the man who renounced his vows for love, the former Father William – only to find that his own pastoral skills may be required in matters matrimonial. -