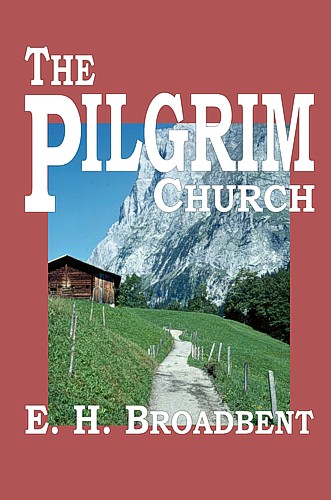 The Pilgrim Church by E H Broadbent and published by Classics.

There is one history, which, though it contains the darkest tragedy, yet by common consent is called “The Good News”, “The Glad Tidings”, or by a name which it has captured and made its own: “The Gospel”. Its four historians are uniquely known as “The Four Evangelists”, or tellers forth of the Good News. This history tells how, by a miraculous birth, God entered into a relationship to man which even creation had not established, and by a sacrificial death and mighty resurrection vanquished death, put away sin its cause, and to His glory as Creator added that of Redeemer.

The foundations of this history, the preparation for it, indeed the actual foretelling of it and evidences of its truth precede it in the Scriptures of the Old Testament. Interwoven with these, inseparable from them, is the History of Israel, which is therefore itself one of universal value.

The History of the Church or company of those who by faith have received Christ and become His followers, is still in the making, not yet complete. On this account and because of its immense extent, although it is of supreme importance, parts only of it can be written and from time to time. First one, then another, must relate what he has seen or has learned from trustworthy records, and this must be taken up and added to as stage after stage of the long pilgrimage is traversed. The pages of this book are a contribution to the unfolding story.

Countdown to the Apocalypse

Truth About Man - A Biblical Study of the Doctrine of Man