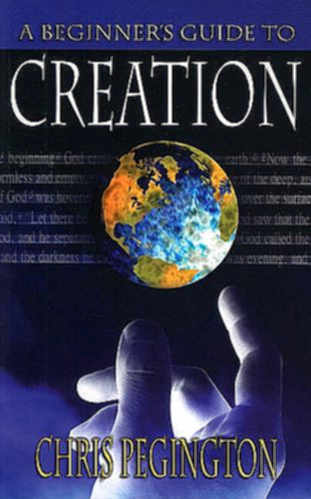 A Beginner's Guide to Creation by Chris Pegington and published by Bryntirion Press The author states that when he left school and started at university in 1963 he was a convinced evolutionist. The A level Biology course he had completed not only assumed that evolution was true, but stated it as a fact. No one even suggested that there might be other explanations for the origin and development of life on earth. It was believed that life had arisen by chance in the distant past and that gradually those early life forms had changed into ever more complex forms.

Nine years later, after completing a doctorate in genetics and being involved in research and lecturing at the University of Cambridge, he was a convinced creationist! This book is a brief attempt, aimed at the general reader with little training or background in science, to explain, first, how that came about and, secondly, to show how a belief in the teaching of the Bible is compatible with the facts that scientific research has revealed. [Publishers description]

500 Question and Answers from the Bible