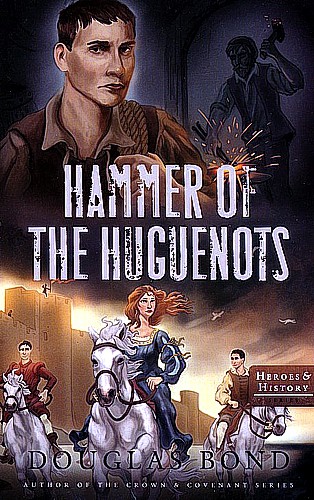 Hammer of the Huguenots by Douglas Bond and published by Presbyterian & Reformed Books.

Philippe, an orphan shipwright apprentice in sixteenth-century France, is perplexed by the intense religious conflict raging about him. While his friends Maurice and Sophie cling to the good news proclaimed by the church Reformers, Philippe has not yet been persuaded to abandon the teachings of the state church in which he was raised. The gospel sounds liberating at times, but can he risk believing when persecution and bloodshed inevitably follow? As Huguenot communities are massacred and full-scale warfare breaks over France, Philippe must decide once and for all where his loyalties lie. The choices he and his friends make in these violent times may cost them everything.

Signposts - Devotional map to the Psalms

The Cross in the Experience of Our Lord