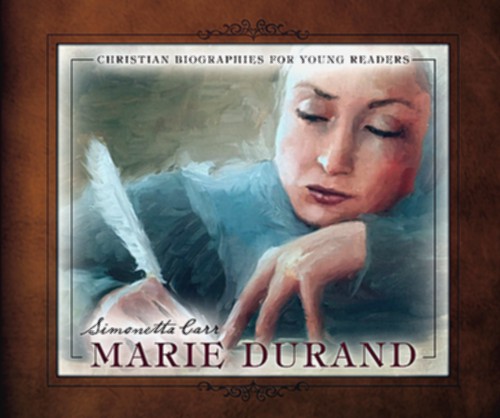 In 1730, nineteen-year-old Marie Durand was arrested and taken from her home in a village in Southern France for the crime of having a brother who was a Protestant preacher. Imprisoned in the Tower of Constance, Marie would spend the next thirty-eight years there. Simonetta Carr introduces us to the inspiring life of a woman who could have recanted her Protestant faith and gained release, but held fast to the truth—and encouraged others to do so as well. Beautiful illustrations, a simply told story, and interesting facts acquaint young readers with the challenges facing Protestants in eighteenth-century France and show them that even a life spent in prison can be lived in service to Christ and to others.