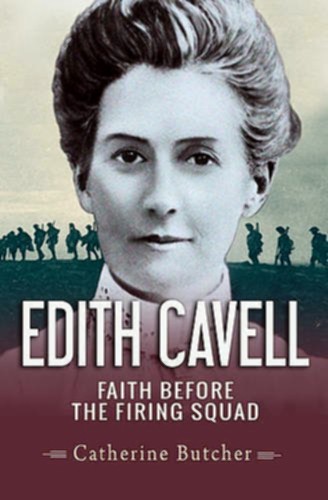 Edith Cavell Faith before the Firing Squad by Catherine Butcher and published by Monarch Books.

Edith Louisa Cavell was a British nurse. She is celebrated for saving the lives of soldiers from both sides and in helping some 200 Allied soldiers escape from German-occupied Belgium during the First World War, for which she was arrested. She was subsequently court-martialled, found guilty of treason and sentenced to death. She was shot by a German firing squad at the age of 49. Her execution was greeted with worldwide condemnation and extensive press coverage.

A woman of profound faith, she told her chaplain, on the night before her execution, “Standing as I do in view of God and eternity, I realize that patriotism is not enough. I must have no hatred or bitterness towards anyone." Her death caused international outrage and may have contributed to America’s decision to enter the war. Three films and a stage play have been written about her life, and many public buildings and streets named after her.