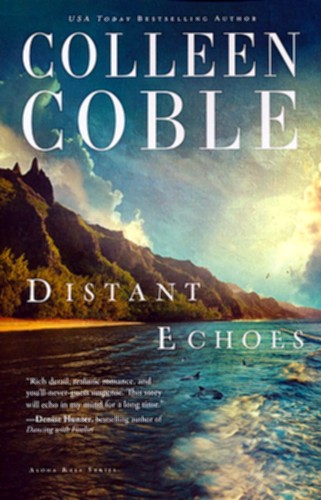 Sometimes Kaia Oana thinks her dolphins are more humane than humans. As a mammal intelligence researcher, Kaia has learned a thing or two about the goodness and intelligence of dolphins—and as a natural scientist in close proximity to weapons developers, she’s learned a thing or two about humans as well. When a tourist catamaran explodes off the coast of the Hawaiian island of Kauai, Kaia and her trained dolphin, Nani, rush to aid the search and rescue effort. After hours of searching, an exhausted Kaia is pulled from the water by Lieutenant Commander Jesse Matthews of the U.S. Navy.

Lieutenant Matthews is accustomed to following protocol—and a civilian-dolphin rescue is not typical operating procedure. But when his colleagues ignore the possibility that missile research had something to do with the sunken catamaran, Jesse recruits Kaia and her dolphin to help him conduct his own investigation. The olive-skinned mermaid had impressed him—in more ways than one. As their rogue investigation takes them into the waters surrounding the sunken boat—and their personal chemistry takes them into other uncharted territory—Kaia and Jesse discover that they have become targets themselves. Someone doesn’t want them snooping around that wreckage . . . someone desperate enough to kill.