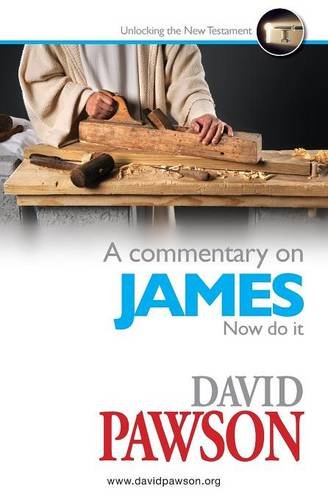 A Commentary on James by David Pawson and published by Anchor Recordings Limited.

Common sense is not all that common, especially in its sanctified form. But the letter of James to the dispersed Messianic believers of his day is full of it. Sceptical about his half-brother Jesus before his death, he became his devoted slave after his resurrection. No wonder he led the Jerusalem church through its major crisis. Though he wrote in excellent Greek, he thought like a Hebrew sage, in circular rather than linear fashion (as in the book of Proverbs) returning repeatedly to such basic topics as wealth, prayer and speech. His favourite words are the verb 'do' and the noun 'doer'. So faith is something to be done, not just thought or felt. Without being acted upon, it is dead. It cannot save. Like love, it must 'work'. This emphasis on 'faith-works' is not contradictory to Paul's censure on law-works but a vital and complementary balance to the New Testament concept of faith.

Come With Me Through Jude

Come With Me Through Isaiah

Come with Me Through the Gospel of John

Fasting: The Key to Releasing God's Power in Your Life