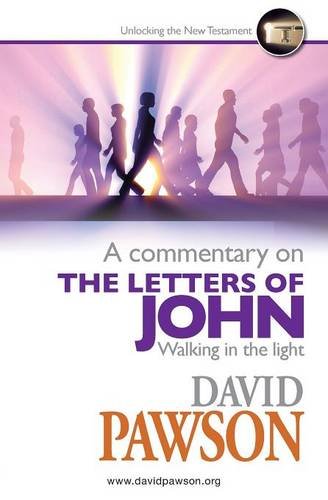 A Commentary on the Letters of John by David Pawson and published by Anchor Recording Limited.

Those who enjoy reading other people's correspondence should welcome much of the New Testament! It is surprising that God chose such personal and particular letters to convey his Word. Little did the original authors realise they were writing scripture for people through all history and in all the earth. In the first epistle, the apostle John echoes the stark contrasts in his Gospel, reminding his readers of the choice between living in the 'darkness' of lust, lies and lawlessness or the 'light' of love and life. He encourages all believers, young and old, to be satisfied, sinless, safe and sure, grounded in the Word made flesh rather than deceived by the world in its folly. The second and third are addressed to a woman and a man respectively, reflecting the weaknesses of their gender: emphasising love at the expense of truth and vice-versa.

Lord Is It Warfare? Teach Me To Stand **

Seven Prayers That Will Change Your Life Forever