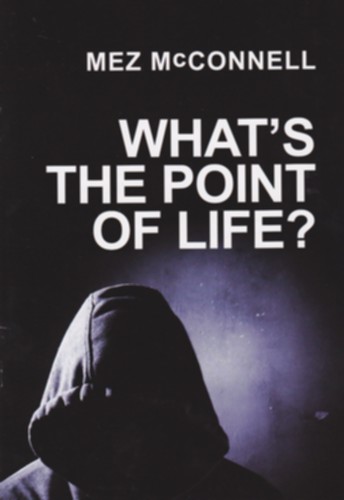 What's The Point of Life? (Pack of 10) by Mez McConnell and published by Christian Focus Publications.

"Abandoned by my mother, I was often clueless about my father's whereabouts, while his girlfriend-a cruel, angry, and violent woman 'looked after us'. She wasn't nice and would get angry with us kids and hit us. She would get angry a lot"

You might think that this is just another harrowing story about an excruciating childhood but the difference is that Mez discovered a hope that transformed his life. Although his story at times may sicken you, his first brushes with church and Christianity will make you laugh out loud! Mez still suffers from his experiences but you'll be amazed at how far you can be restored from such a beginning.