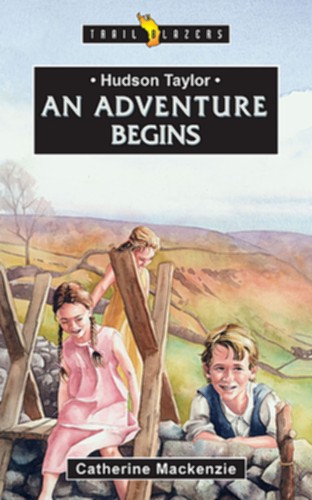 Hudson Taylor was a sickly child. He was often ill and had very poor eyesight. But God chose him to evangelise the Chinese. So at the age of 21 Hudson Taylor left the United Kingdom to sail half way round the world to China. Why did he do this? He did it to tell the Chinese people about the good news of Jesus Christ and to give them a message of hope.

This story covers Hudson's childhood and traumatic teenage years as well as his life as well-known pioneer missionary. We see him in facing sickness, poverty, heartache and death and we see him trusting in God throughout. When in China he became like the Chinese in his dress and manner, which ostracised him from the other missionaries. He did eventually find love but difficulties did not end there as Hudson and his wife Maria saw some of their own children die and then eventually Maria herself died.

This is a story of Romance and family ties but also of the amazing things that God can do through one person who is entirely given over to the cause of Christ.