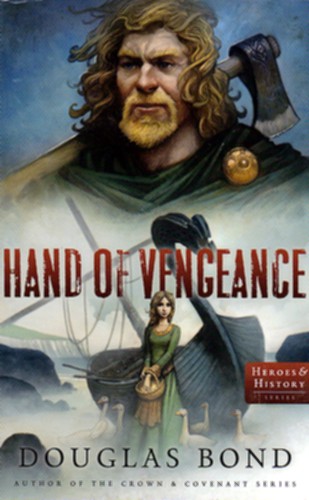 Half-Saxon, half-Dane, Cynwulf lives apart in a wrecked Viking ship, a misfit. When his battle-axe is found in the skull of a prominent Anglo-Saxon, Cynwulf must clear his name-or face the vengeance of the community.

Living under constant threat from murdering Vikings, the Northumbrian Anglo-Saxon community and the monks at the Benedictine Abbey discover that the real threat to their existence lurks within the gate. Half-bred Saxon and Dane, Cynwulf lives apart in a dwelling made from a salvaged Viking ship, a misfit in the community. Life is hard in 8th century England, but Cynwulf dreams of living it with the fair Haeddi. But he has rivals determined to bar him from the union. All hope seems lost for Cynwulf when his battle-axe is found in the skull of a prominent member of the Anglo-Saxon Mead Hall. With the aid of Godwine, the mangled monk, Cynwulf must clear his name-or face the vengeance of the community.

Their Lives & Your Life: Childrens Devotions on Bible Characters

King Without a Shadow

Story of Mansoul - with FREE CD

Ferninand - The Engine that went off the Rails