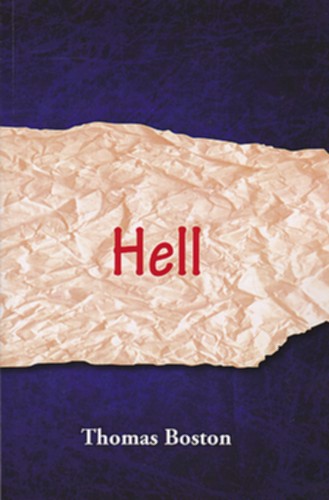 Hell by Thomas Boston and published by Classics.

Then He shall say unto those on the left hand, "Depart from me, you cursed ones, into everlasting fire, prepared for the devil and his angels!" Matthew 25:41. It is a misery which the tongues of men and angels cannot sufficiently express. God always acts like Himself– as no favours can be compared to His, so also His wrath and terrors are without a parallel. As the saints in heaven are advanced to the highest pitch of happiness, so the damned in hell arrive at the height of misery. The last thing which our Lord did, before He left the earth, was, 'He lifted up his hands, and blessed his disciples' (Luke, 24:50,51). But the last thing He will do, before He leaves the throne, is to curse and condemn His enemies; as we learn from the text which contains the dreadful sentence wherein the everlasting misery of the wicked is declared.