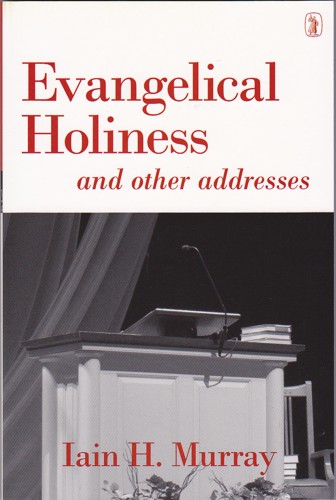 Evangelical Holiness and other Addresses by Iain H Murray and published by Banner of Truth Trust.

In London in the 1950s Martyn Lloyd-Jones gave a new meaning to ‘conferences’. For him they were not times for learned discussion, or for the reading of papers, but a means of awakening a younger generation to big spiritual issues. From such gatherings, preachers, in particular, would carry fire back to their churches. Following his mentor’s

model, Iain Murray has sought, with others, to continue that practice. These pages are a selection of his more recent addresses and include: * Evangelical Holiness and Spirituality;

* The Attack on the Bible;

* The Benefits and Dangers of Controversy;

* Rest in God–The Fourth Commandment Is For Today.

The Unquenchable Flame: An Introduction to the Reformation

Breeze of the Centuries