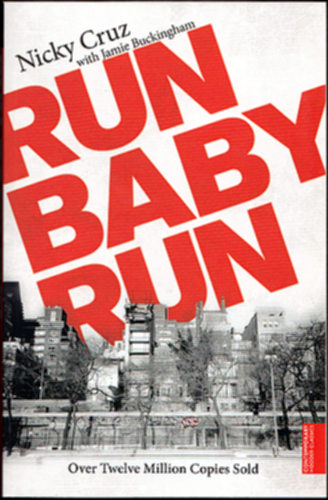 Run, Baby Run by Nicky Cruz with Jamie Buckingham and published by Hodder.

The most powerful Christian testimony of the 20th century. This book has stunned and moved the hearts of millions and remains compelling reading thirty years after its first publication.

At one level, the story of Nicky Cruz is a heady mix of tribal warfare, loyalty and betrayal, sex, drugs and murder. At another level, it digs deep beneath the pride and power that made him one of the most feared gang leaders in the city, and reveals the lonely, confused heart of a man inwardly running scared. An encounter with the unlikely character of preacher David Wilkerson led Nicky to open his life to Christ - an incredible conversion that amazed all who knew him.

Paul and the Law