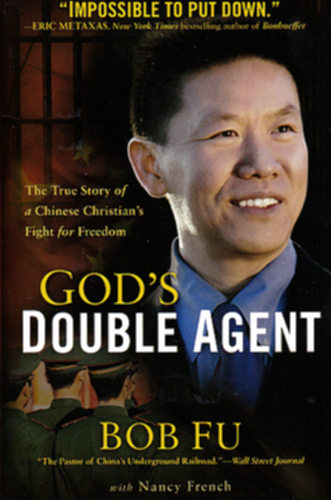 God's Double Agent: The True Story of a Chinese Christian's Fight for Freedom by Bob Fu, with Nancy French and published by Baker Books.

Imagine living in a place where telling others about Jesus could get you arrested, even sent to prison. That was the reality for Bob Fu and his wife Heidi when they were imprisoned in 1996 for running an illegal house-church in Beijing. By day, Fu was an English teacher in a Communist school, by night he preached in an underground church network. In God's Double Agent, Fu tells his remarkable story, from growing up in heart-breaking poverty, to discovering the life-changing power of the Gospel as a student, to his efforts to help persecuted Christians in China. Reading Fu's story will inspire you to boldly proclaim and live out your faith in a world that is at times indifferent, and at other times hostile, to those who spread the gospel.

The Cost of the Kingdom

Isaiah By the Day

If God, Then What?