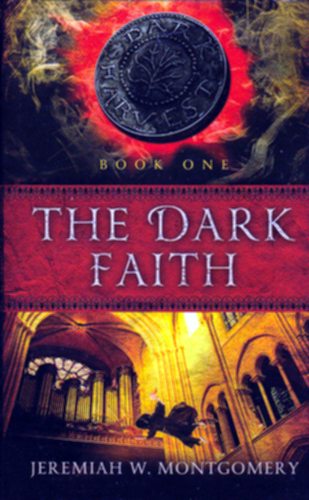 In the first book in the Dark Harvest trilogy, an epic battle between good and evil pushes three warrior-clerics to the very limits of their strength---and their faith---as they fight to unearth the truth of an ancient evil, a tree rooted in bloodshed, and a fabled book that holds the secrets they seek.

Morumus, a devout monk, has been given the task of his life: translate Holy Writ into the language of those who practice the Dark Faith. His translation could be a great, sweeping sword, used to break its power . . . but as Morumus and two fellow monks begin the tasks, dark currents drag them toward a dangerous conspiracy. Will he find the secret to vanquish the Dark Faith? Or will he lose everything?