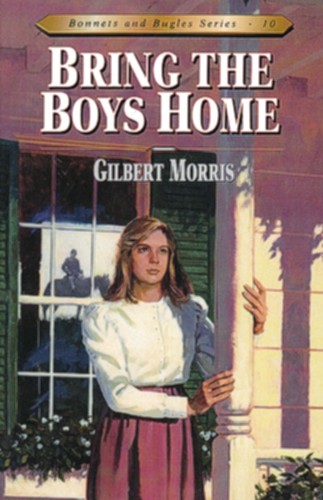 The sound of gunfire has ended and wedding bells are ringing. No more fighting. No more wounded soldiers. Now it's on to the 'happily ever after.' Sarah Carter has agreed to marry Tom Majors, but just as the preparations are beginning, someone gets in the way. Dewitt Falor has other plans for Sarah. He wants her to be his bride, and he's willing to fight for her. Tom can withstand the jeers of Dewitt and his friends, but what happens when fighting words turn to flying fists? How can Tom display the qualities of Christ in such a trying situation? Join the action as Tom, Jeff, and Royal discover that a soldier sometimes needs the courage of the battlefield for everyday living even though the war has ended.

Bring the Boys Home is the tenth of a ten book series, that tells the story of two close families find themselves on different sides of the Civil War after the fall of Fort Sumter in April 1861. Thirteen year old Leah becomes a helper in the Union army with her father, who hopes to distribute Bibles to the troops. Fourteen year old Jeff becomes a drummer boy in the Confederate Army and struggles with faith while experiencing personal hardship and tragedy.The series follows Leah, Jeff, family, and friends, as they experience hope and God's grace through four years of war.