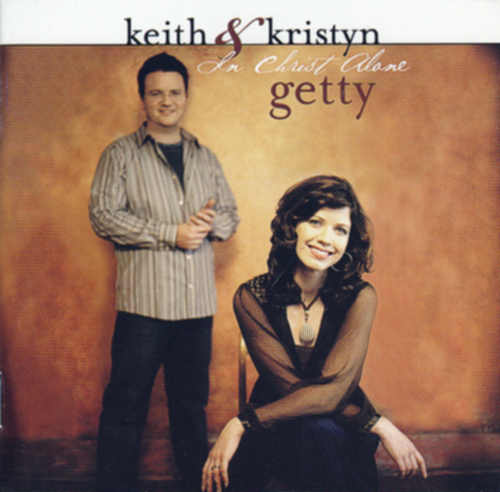 CD - In Christ Alone by Keith and Kristyn Getty and published by Kingsway Music.

"In Christ Alone" is an original recording featuring ten of Keith Getty's best known hymns, all sung for the first time by Kristyn.Over the past six years Keith with Stuart Townend, has written modern hymns sung around the world, including "In Christ Alone" and "The Power of the Cross". His hymn writing with Kristyn Getty, his wife, includes "Higher Throne" and the newly-penned "Hear the Call of the Kingdom." Track Listing:

1 There Is A Higher Throne

3 Jesus Draw Me Ever Nearer

5 Hear The Call Of The Kingdom

6 The Power Of The Cross

8 See What A Morning

11 Don't Let Me Lose My Wonder