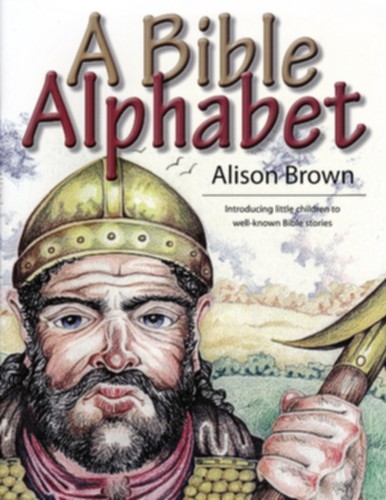 A Bible Alphabet: Introducing little Children to well-known Bible Stories written and illustrated by Alison Brown and published by Banner of Truth.

A Bible Alphabet is a beautifully illustrated book that introduces very young readers to some of the great stories and characters from the Bible, including Noah and the ark, David and Goliath, and Daniel in the lions’ den. Here's a taste of what you'll get in this book:

A is for ark - God said there would be a terrible flood all over the earth because of man's sin. He told Noah how to build a huge ark or boat. All the people and animals who would go inside it would be safe.

B is for basket - A little baby called Moses slept in a bulrush basket. It floated on the river, near the bank. His mother had hidden him there. She didn't want the wicked king to find him.

C is for coat - When Joseph was a boy he wore a lovely coloured coat. No-one else had a coat quite like it. It was very special. His father gave it to him because he loved Joseph very much.