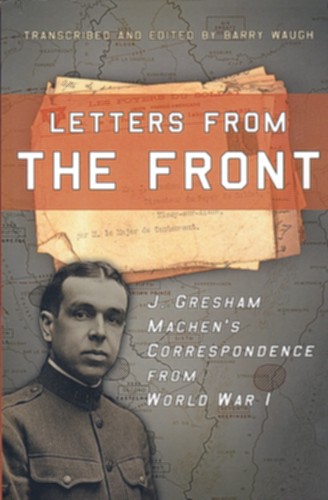 When the United States entered The Great War in 1917, the isolationist thinking of the era had made the nation ill prepared for battle. Along with the mobilization of the military, charitable organizations activated their programs for disaster relief, religious work, recreational activities, entertainment, and supplying some of the niceties and necessities of home. One of these organizations assisting with the war effort was the Young Men’s Christian Association.

J. Gresham Machen left the comfort of his teaching position at Princeton Theological Seminary to work with the Y.M.C.A. as a hut director initially with the Foyers du Soldat program of the "Y," he then served with the hut program of the American Y.M.C.A., and his final work was with the Y.M.C.A. religious work. This book provides transcriptions of his complete correspondence with his family during his service from January 1918 through the spring of 1919. The editor has provided footnotes and a glossary of people and subjects to help the reader better understand the letters’ contents along with maps tracking Dr. Machen’s movements during the war.