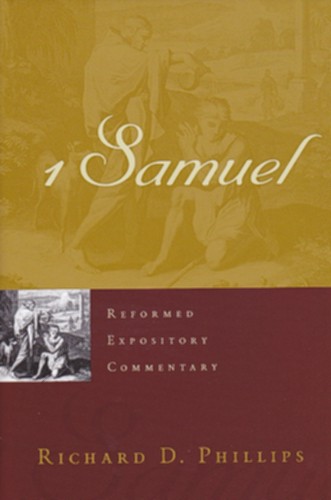 David is more than a great hero, a man of faith, and a model for Christians to follow. He is one of the most important Old Testament types of Jesus Christ. It is an anointed one--called and provided for by God to lead Israel--that David plays his chief role in redemptive history and makes his distinctive contribution in preparing God's people for the anointed one, the messiah who comes to rule and to save.

Two other significant figures--Samuel and Saul--appear in 1 Samuel. Samuel, an epochal figure whose significance equals that of Joshua, guides Israel out of teh chaotic period of the judges and serves the coming of the Davidic kingdom. Saul an alter ego first to Samuel and then to David, personifies the idolatry and unbelief that plague Israel throughout the Old Testament. The ways in which he contrasts with Samuel and David provide valuable spiritual lessons.

The lesser characters in 1 Samuel are hardly incidental--Eli the corrupted priest, Hannah the tearful believer, and Jonathan the faithful friend to name just three.

Awesome on the Inside Study Guide

Smart Girl's Guide to God, Guys, and the Galaxy