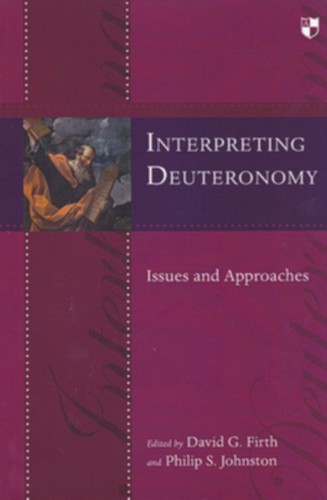 As with so many other Old Testament books, study of Deuteronomy is in the midst of significant change. While for many scholars the Documentary Hypothesis has continued to provide a framework for interpretation, it no longer commands the status of an 'assured result'. Instead, fresh approaches have been developed, engendering their own debates. Recent as well as older study affirms that Deuteronomy represents a distinctive theological voice within the Pentateuch.

While many excellent resources are now available, these tend to be either introductory or highly specialized; there are fewer that bridge the gap between the two. This volume contributes to that need: it assumes some foundational knowledge and guides readers through current issues and approaches. Here is evangelical scholarship that will inform, stimulate and reward diligent teachers and preachers of the Old Testament.