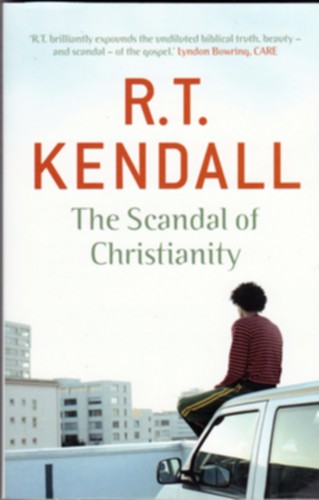 The Scandal of Christianity by R T Kendall and published by Hodder and Stoughton.

Too often these days Christianity is seen as just part of our cultural background, rather than a living, breathing faith that sets out to challenge the norms we live by. Here R. T. Kendall brings the scandalous nature of Christianity back to the forefront of our faith, arguing not just that an unscandalous Christianity isn't good for much, but that Christians must welcome that scandal if they are to know God's blessings to the full. R.T. argues that as Christians we must not try to simply fit in alongside our neighbours, but should be willing to stand out - even when that's hard to do. He makes clear that we shouldn't seek out difficulties, but equally shouldn't be shy of standing up for our beliefs, wherever that may take us.