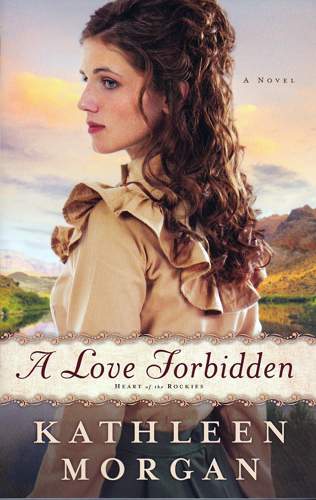 A Love Forbidden, Heart of the Rockies Series by Kathleen Morgan and published by Revell.

Moved by the desire for adventure and a yearning to help the Ute Indians, twenty-year-old Shiloh Wainright impulsively accepts a teaching position at the White River Indian Agency in northwestern Colorado. The new job, however, isn't what she imagined it would be, and Shiloh soon finds herself caught in the cross fire between the Utes, their unyielding Indian Agent, and the unrealistic demands of the US government. Her unexpected encounter with Jesse Blackwater, an embittered half-breed Ute and childhood friend, only complicates matters as they battle their growing feelings for each other amidst the spiraling tensions threatening to explode into a catastrophic Indian uprising.