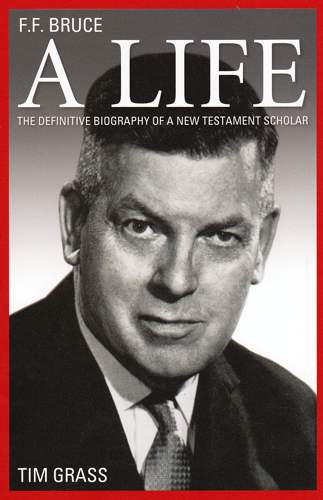 F-F Bruce - A Life, Definitive Biography of a New Testament Scholar by Tim Grass and published by Paternoster.

Tim Grass outlines the life of F. F. Bruce, one of the most significant Evangelical scholars of the 20th century. He does so with originality, insight and a grasp of the implications for the church today. Evangelicals have often wrestled with two problems: the relation between academic theology and church life, and the quest for recognition of their status as credible interpreters of the Bible.

Frederick Fyvie Bruce (1910-1990) was one of the most influential British biblical scholars of the twentieth century, and his career offers valuable insights into these issues, as well as shedding light on the ways in which Evangelicalism was changing from the 1950s onwards.