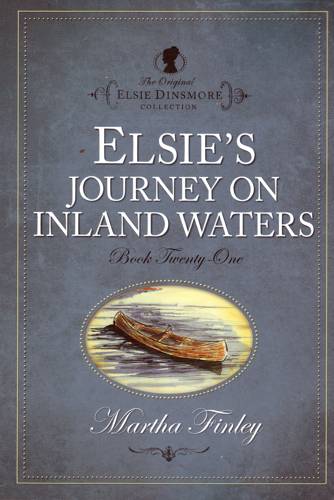 Cousin Raymond and Annis depart for their honeymoon and the Dinsmores, Travillas and Raymonds travel on the Great Lakes onboard "The Dolphin." They learn about several historical events of interest in the area, including the surrender of Detroit and Perry's stunning naval victory at Put-in-Bay. While on Lake Erie, they are besieged by a violent storm, and Captain Raymond save Lulu from being swept overboard. Trusing God for their safety, they sail up the St. Lawrence River to Montreal and Quebec. They receive an invitaiton from Cousin Molly to conclude their summer's travels at a cottage on the shore of Rhode Island and later attend Walter Travilla's graduation at Princeton. Recommended for ages 10 to 14.