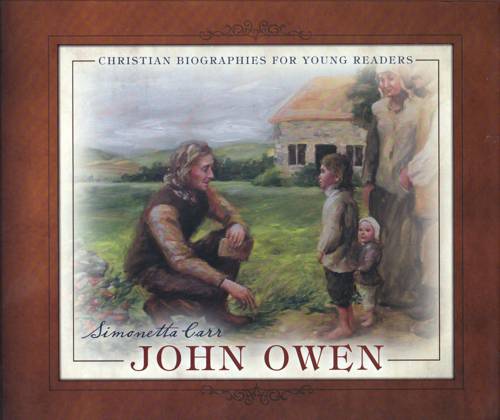 John Owen was intelligent, talented, and fully sold out for God's glory. An Oxford graduate, Owen was forced to choose between continuing his career in the expected path-that included agreeing with the Church of England and things he knew to be wrong-or following his convictions. Choosing the latter option many times during his life, Owen would write many books, go to Ireland as the military chaplain, pastor a congregation in Coggeshall until Charles II made it illegal, preached at Trinity College in Dublin, and would eventually, under Cromwell, make Owen vice-chancellor of Oxford. This fascinating children's biography features full-page original illustrations, photographs of places he lived, and easy-to-understand text that conveys the values Owen held dear.

How Do We Glorify God? - BORF

What is Spiritual Warfare ? - BORF

What is a True Calvinist ? - BORF

What is the Atonement? - BORF