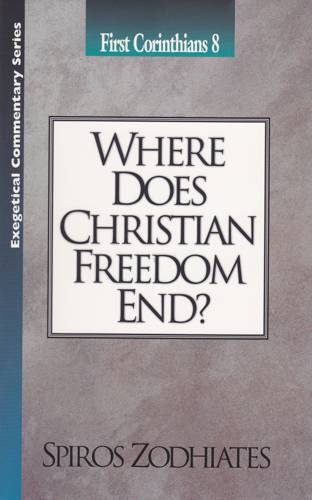 The city of Corinth during New Testament times was filled with temples where the people sacrificed animals to idols they considered to be gods. Thus, when the Apostle Paul preached the gospel in Corinth (Acts 18:1-17) and both Jews and Gentiles were saved, he had also the task of discipling the Christians in matters concerning idols they had once worshipped.

A practical question faced by these new Christians in Corinth regarded the food they should eat. The meats that were sacrificed to idols were available in the marketplace for purchase, including the Christians. Since these meats were cheaper and the idols were considered nonentities by the Christians, Paul believed and taught that eating this food was up to each individual Christian's conscience. Paul claimed that food does not commend us to God, nor does it detract from the relationship of man to God (1 Cor. 8:8). The main point addressed in this commentary was the question about whether or not eating this food would offend a "weak" brother. This chapter was written by Paul to help develop the conscience to the point that the believer does not merely do that which pleases him, but that which brings glory to God.

Whatever Happened to Hell?

Can we Rock the Gospel ?