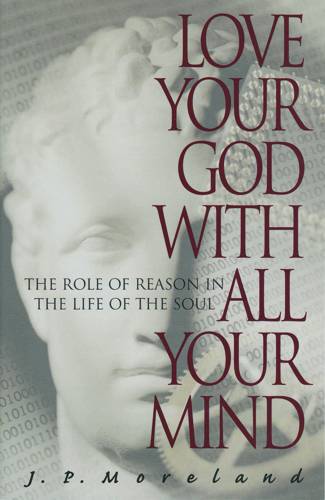 J.P. Moreland is concerned for the evangelical community. He feels that it is currently being held captive by a thoroughly modern understanding of Christianity which has diminished our ability to positively affect change in our culture. In other words, we are no longer salty, and cannot (do not) function as the salt of the earth. What does Jesus say about salt that has lost its flavor? It is good for nothing and must be thrown out (actually, Jesus, in his ever mild manner, says to throw it out and trample it underfoot).

Just what is it that makes us the salt of the earth? Moreland makes a convincing argument that our intellectual capabilities are a large part of that saltiness. The modern understanding of Christianity that has made us flavorless? A strong and deeply held conviction that Christianity is supposed to be anti-intellectual (supra-rational). Thus, Moreland examines how pervasive anti-intellectualism was in Christianity during the twentieth century, and he argues that we need to recover true Christian intellect and rationality to once again become salt in this world.

Moreland asks several very important questions regarding the relationship of intellect (mind) and faith. Those questions include: Why should the mind matter in Christianity? How can one develop a mature Christian mind? What does a mature Christian mind look like? How can we guarantee a future for the Christian mind? The answers are, obviously, well-thought out and well-reasoned. They are also informative, and the overall effect is a practical, rational book which teaches us to re-elevate reason to its proper status in the Christian life. After all, Jesus did summarize the law by telling us to love the Lord with all our heart, soul, and mind.