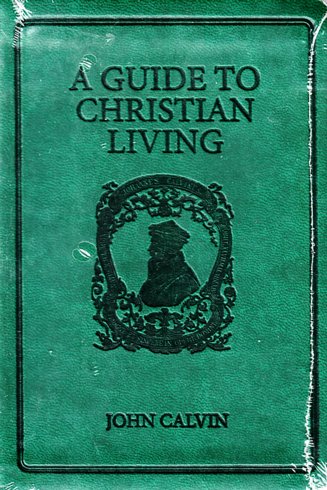 When John Calvin first began writing his Institutes of the Christian Religion, he had in mind a short handbook or manual which would set out the essentials of the Christian faith. Although the persecution of Protestants in France led him in time to accentuate the apologetic nature of the book, the Institutes, as first published in 1536, remained a work of Christian instruction, intended, as Calvin says, for those who were ‘touched with some zeal for religion’, and principally for those among his French compatriots who ‘were hungering and thirsting for Christ’, and who ‘might be shaped to true godliness’.

No chapter better corresponds to the author’s original intention than that entitled ‘On the Christian Life’. It offered a clear, balanced set of directions and encouragements to all who desired to live according to the gospel. Strong in its theological affirmation of God’s righteousness and providential care, of the reconciliation won for us by Christ and of the Holy Spirit’s work of sanctification, it was equally strong in its pastoral concern for believers who were beset by their own weakness and sin, who daily endured trial and temptation and who nevertheless, united to Christ by faith, shared in his life and tasted his power.

The Christian life, as Calvin describes it, is lived simultaneously in the shadow of the cross and in the bright light of the resurrection. That the writer himself knew something of the cost of discipleship is clear from a consideration of his own experience. The distress of exile, the burden of poverty, the hurt of slander and misrepresentation, the threat of physical harm, were all things he knew at first hand. Farel, Calvin’s colleague, rightly calls him ‘my good, true brother, who is a partner in the cross of Jesus, . . . a man active and upright in the work of the gospel.’ The author who speaks in the Institutes about the pressures of Christian living is no armchair moralist, nor is he an unyielding Stoic for whom overt displays of emotion are a grave weakness. For Calvin tears as well as joy have a valid and necessary place: to be devoid of feeling is to be no better than a stone or block of wood. The essential thing is that, in good times and in bad, we continue to trust God who through grace has adopted us as his children, who quickens and comforts us by his Spirit, and who bids us persevere in well-doing until our life’s end.

Devotions for Confidence & Integrity - 60 Days in the Word