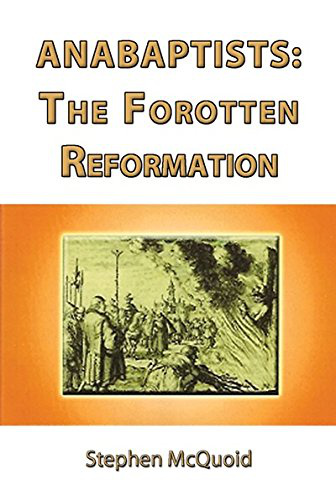 The Reformation was a seminal movement in the history of Europe. Prior to this momentous event the Roman Catholic Church had dominated religious life in Europe for centuries. With the advent of the Reformation, Protestantism became a reality and towering figures such as Martin Luther, John Calvin and Huldrych Zwingli left their indelible mark on the continent. However, there is one story from the Reformation that has never properly been told. That is the story of the Anabaptists.

This small and radical group of believers wanted not just to see reformation impact Europe, they also wanted to take the church right back to the book of Acts and establish a truly New Testament form of Christianity devoid of formality, ceremony and trappings. So radical were the Anabaptists that both Protestants and Catholics alike persecuted them, and many lost their lives. Nevertheless they survived, and more than that they thrived. There are many Christians today who owe their existence in some way to the brave men and women of the Anabaptist movement who blazed a trail in the heartlands of the Reformation.