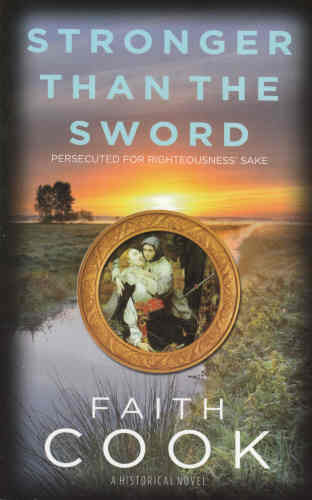 A farmer, searching the moors at night for his son, missing after a skirmish in the English Civil War, stumbles across a Royalist soldier lying severely injured in a ditch. His decision to help the man will have surprising repercussions in years to come, both for his own family and for the stranger whose life was saved at great personal cost to his rescuers.

Set in times when to refuse to conform to the forms of worship imposed by the state was to risk fines or imprisonment, Stronger than the Sword depicts a typical family living in Somerset in the mid-seventeenth century. The circumstances of their lives, and those of their friends, are set in the context of stirring historical events, and interwoven into the narrative are numerous references to real-life historical characters, including Joseph Alleine, John Bunyan and the early Baptist leader Hanserd Knollys, as well as notable political figures.

The central characters in the story are representative of the countless numbers of Christians worldwide who, down the centuries, have demonstrated a faith in the living God which is stronger than the sword - a faith that prevails even though a civil power may attempt to crush and annihilate it. As such, their example challenges Christians today to remain faithful to the truths of Scripture, cost what it may and however subtle the forms in which persecution may be presented.

A Shelter in the Time of Storm