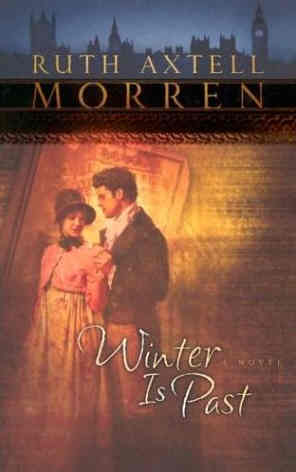 A rising star in Parliament, widower Simon Aguilar needs a reliable woman to care for his gravely ill daughter, Rebecca. He finds an exemplary nurse -- and much more -- in the indomitable Althea Breton. Raised amid privilege, Althea renounced wealth and social position to serve God, and is reluctant to work for a man who became a Christian only to further his political career. But realizing that all things are possible with God's love, she accepts the position in the Aguilar household. Despite Simon's skepticism, Althea comforts Rebecca by teaching her about God and salvation. Meanwhile, an attraction grows between the darkly handsome MP and the understated beauty whose integrity and competence win over his entire household. Althea admires Simon's devotion as a father, his sense of justice as a politician and his tenderness as a man, but his antipathy toward her faith divides them. When Simon's world suddenly falls apart, can Althea convince him to open his heart to God's love -- and her own?

Man the Dwelling Place of God

Power of a Whisper

And He Dwelt Among Us