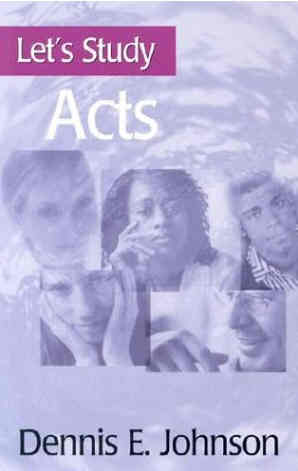 The Acts of the Apostles is unique among the books of the New Testament. Of the four men who wrote an account of the ministry, life, death and resurrection of Jesus Christ, only one, Luke, continued the story into the decades which followed. Without his book, we would be unable to explain how the still-frightened band of disciples, seen behind closed doors at the close of the Gospels, became the boldly expanding movement seen in the rest of the New Testament.

Let's Study Acts will lead you with clarity and insight through the amazing process by which Jesus' words were fulfilled: 'You will be my witnesses in Jerusalem, and in all Judea and Samaria, and to the ends of the earth' (Acts 1:8).