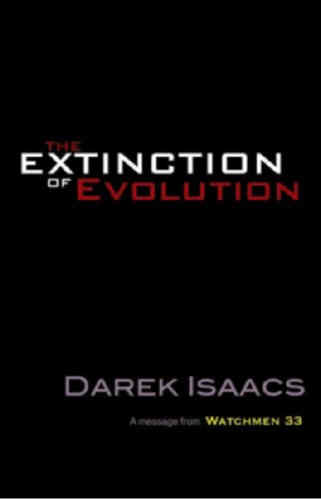 The Extinction of Evolution explores what the world would be like if the theory of evolution were actually true. Written from the view that man created the idea of God, as opposed to God creating man, this book painstakingly examines this atheistic mentality in vivid detail. What it reveals will surprise you. Evolution, implemented to its logical conclusion, has severe ramifications for humankind. When one rejects the foundational truth of God and embraces Darwins alternative to our origins, a disastrous chain of events is triggered. As you dive deeply into this worldview of evolution, you will be exposed to the most frightening environment imaginable where the rape, murder and exploitation of the weak are not to be punished but to be applauded. In the misguided words of Charles Darwin, let the strongest live and the weakest die. After traveling through the abyss of evolution, a miserable philosophical failure, The Extinction of Evolution, brings you back to a place of hope where Christ stands above all as the Creator of this remarkable thing we call life.

The Extinction of Evolution has been compared to The Screwtape Letters, a classic work of C.S. Lewis. Like Screwtape, this book has a fictional character that is the antagonist. His name is Dr. Iman Oxidant. Dr. Oxidant argues for a lifestyle derived from evolutionary ideals. This approach makes this book about evolution accessible to the non-scientific reader. But in doing so, Dr. Oxidant causes an intense spiritual struggle for the born again believer as he argues for his atheistic evolutionary agenda. It is a gripping read that identifies the true nature of evolution in a way that has never been done before.