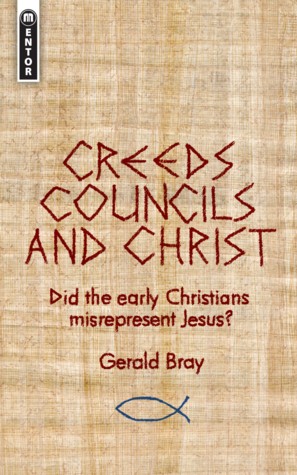 The question: 'Did the early Christians misrepresent Jesus?' has dominated modern theological discussion to such an extent that the history and development of the Church is widely regarded as a corruption of the original gospel message. The doctrines and practices of the first Christian communities have come under suspicion, and in some quarters they have been quite openly rejected by those who want a fundamentally different kind of Christianity.

The purpose of this book is to explain in simple terms what the Early Church believed, and why it developed its theology in the way that it did. It is a defense of the classical orthodox beliefs contained in the major creeds and the statements of the General Councils of the first five centuries.

Far from being innovations, these documents are re-statements of the teaching of scripture, which were worked out in the mission field of the Roman Empire. As such they have always commanded the allegiance of the vast majority of Christians, and they must still be the basis for any future reunion of the churches

Modern Christians need to learn about their heritage and understand its importance, as well as its relevance to todayÃ¯Â¿Â½s debate. This book is a contribution to that understanding, and it is written in the same spirit and with the same missionary purpose as that which guided the Fathers of the Church whose work forms the subject of its pages.